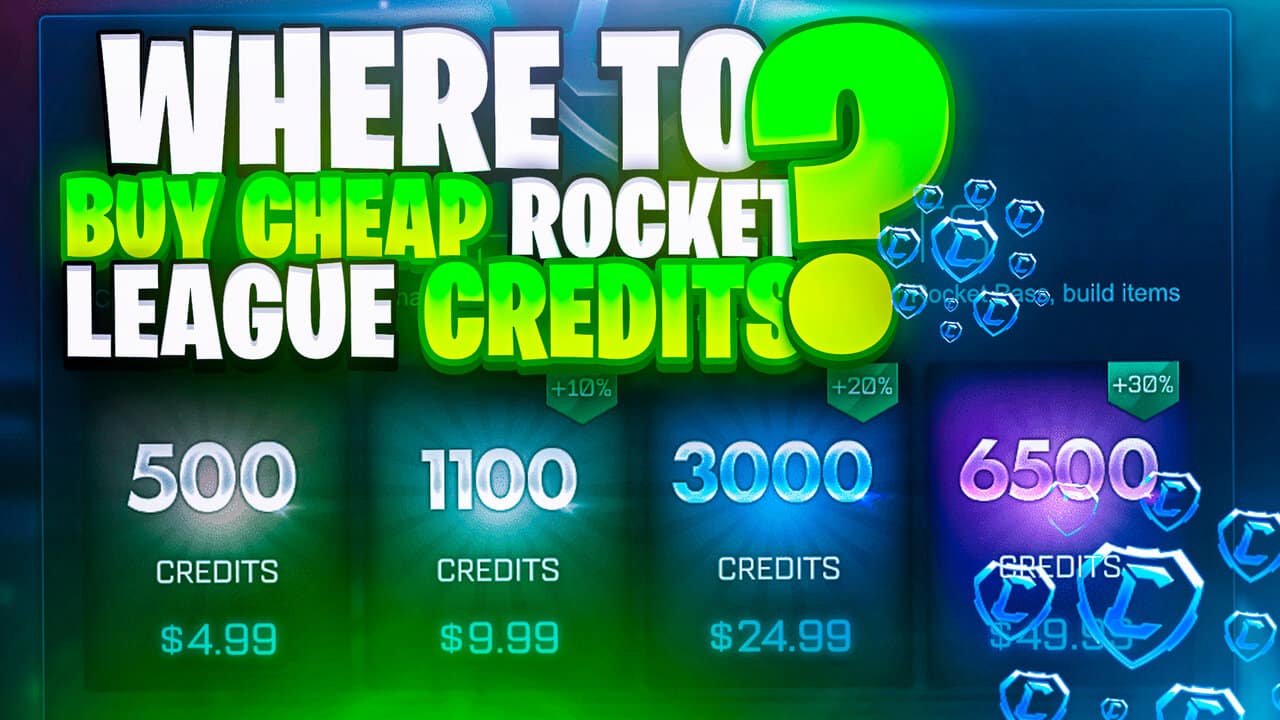 Time and time again, we keep seeing different online or “live-service” games in the market that use techniques to keep the servers running. First of all, you have a simple pay to play model where you simply have to purchase the game. Secondly, you have things like the season passes, DLCs, and expansions that give a little more content in the game. Moreover, there are the battle passes and microtransactions that let you obtain in-game items in exchange for real money.

In Rocket League, you pretty much have all the above. But since it will turn to the “free to play” business model, soon you will be able to play the game without spending a dime. Furthermore, since almost all the good looking items are just cosmetics, so you won’t get advantages if you consistently support the developers.

If you like game for more than one session throughout the week, you’ll probably wish to keep it going. You can show your appreciation and give motivation to the developers by buying credits from time to time. In exchange, you’ll see more updates and amazing cosmetics that can to increase your enjoyment of the game even more.

In this article, we’ll give you different tips to spend Rocket League Credits accordingly and take full advantage of this virtual good in your account.

Unlike the video games that try to emulate the “mobile” way of earning multiple in-game currencies, in the Rocket League, everything is simple. First of all, you had the “Keys,” which required real money from your wallet. Those had the power to open all types of Crates from the game. So if you had a lot of Crates wandering around, you had to obtain these keys to test your luck. At the same time, you had the option to trade keys for other items with another player.

Later on, since the Crates were leaving the drop pool, keys had no meaning in your inventory. As a result, the development team had the idea to change the Crates for Blueprints and Keys for Credits. Similarly to the Keys, you need some Credits to build any Blueprint and obtain the item. With the Blueprints, you always know what you’ll get before deciding to spend credits.

Last but not least, you have the potential to see different types of Currencies depending from the events currently going on in the Rocket League. For example, in the anniversary event, you had a chance to acquire Ballons after the end of a match. With enough Ballons, you could trade them for Golden Eggs during this period.

Currently, if you want to trade a lot of Rocket League Items, the in-game Credits are king. Before, when we only had the Keys in our account, some items had more value. Indeed, since you’d need to pay $1.49 in exchange for a key, you had to think twice before accepting any trade.

This type of business model(Keys) looks similar to Team Fortress 2 and CS: GO. When you got a Crate after your first game of the day, it had no use in your inventory. And after the purchase of a Key, you could take adventage of the mechanic and try to open the container. Since you had no way of knowing what is inside, it could create a compulsion for players that like to gamble. When video games have anything similar to this practice, they tend to promote the sale a lot of keys, draining the savings of their playerbase.

Recently, due to the new laws that involve the controversy of Loot Boxes, Psyonix made their move before things got much uglier. In the end, you now only see something like the use of Credits and Blueprints that get the “surprise mechanics” out of the way.

How to Earn Credits?

First of all, you have the potential to purchase Rocket League Credits from the in-game store in exchange for real money. At the moment, you can acquire 500 Credits for your currency (For example, USD EUR GBP,) which equates to around 4.99 USD. The amount may vary depending on the region or the console that you’re playing. So, you may need more money for the purchase if you’re using the PSN or Xbox One market.

Furthermore, if you require more Credits for expensive Rocket League Items, you could obtain different amounts. The more expensive package you get, the more bonus Credits you will receive in a single purchase. So, check the required Credits from your Rocket League Items and look for something that suits your needs.

Secondly, you have the potential to acquire Rocket League Credits by trading with other players. If you have Blueprint that requires a lot of Credits or has no value to you, try to exchange them. Any Rocket League Items have a different value in the community market, which means that you need to ask for a reasonable trade. As a result, you’ll get the Cheap Rocket League currency since you don’t need to spend real money.

Lastly, you can take adventage of sites like RL.exchange which allow you to purchase Rocket League credits at a lower price than in-game, allowing you to get your hands on some in-game currency without blowing a bank.

Currently, there is a number of ways for you to spend your Rocket League Credits, such as:

Mastering Trading in the Market

If you want to start learning about this part of the Rocket League market and earn a lot of items, you could follow these tips. First of all, you could begin by buying some Credits. Let’s say you start with 1100 (which costs $9.99) for a newcomer.

Afterward, use different websites that have a database for the items that you’ll want. Therefore you will have a clear idea about the “Credits-Blueprints-Items” exchange and what you could obtain in the market. When you’re ready, head to the official Item Trading website and look for an item in the market. Sometimes you’ll see them cheaper, other times they be more expensive, or even not appear at all.

If you find Cheap Rocket League items, get them right away, before another player takes them from you. If you see that the exchange is too much, wait a while for another offer. First come, first serves; therefore, you always need to have an eye in the market for any changes. Also, remember that people may want to take advantage of those players that have no idea about the current price of any item.

Therefore, if you want to go “legit,” you could leave the Trading to other players and buy only from the Item Shop or build Blueprints with your Credits.