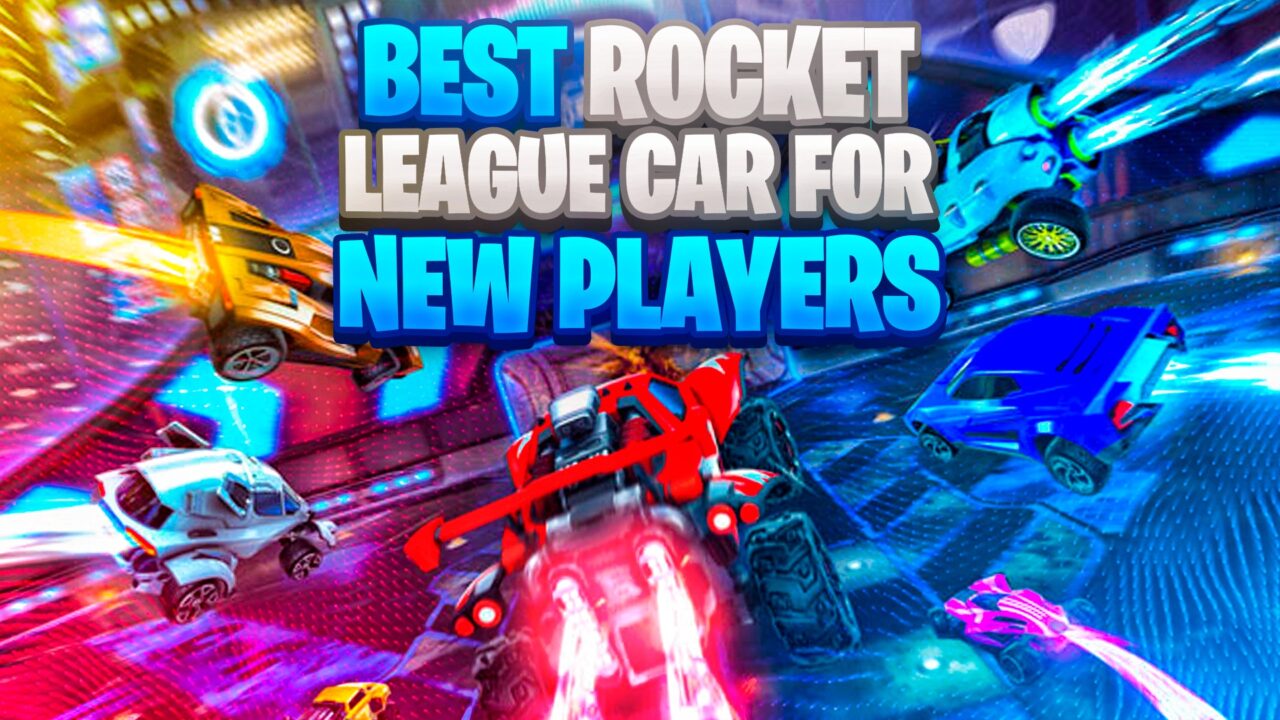 What is the Best Rocket League Car for New Players?

What is the Best Car in Rocket League? In this article we will present all the available options and our subjective opinion on the currently best car available!

Inside the Rocket League Garage, you have two groups of customization items that create some changes besides the visuals. First of all, you have the regular modifications that let you use your imagination at will. Therefore, you get the chance to add/modify effects on your vehicle and add powerful items or effects in different parts of the car. Almost all of the entire Garage follows this type of concept, except for a single submenu.

Indeed, in the other part of the spectrum, we have the Chassis or Vehicle’s Bodies that shape the form of your car. Even though the difference between each of these items on this group is not that important, you still “feel” unfamiliar. Most noteworthy, the team at Psyonix made slight changes over every Vehicle Body’s hitbox in the game. As a result, some people tend to lean in a particular type of chassis since it feels easier to move around and hit the ball to score easier goals.

Overall, each of these types of Vehicle’s Bodies has the potential to improve the way you play the Rocket League. Sometimes you should use “bulk” types to help you in defense. While at the same time, you could use “skinny” chassis to move around quickly and be more accurate with the ball. Still, though, since the Rocket League’s overall movement in the game makes it difficult for a player to stick to a single role, it reduces those examples’ efficiency. When you’re a new player, stick to diversity. Later on, you could become a master in one role if you find it worth your time.

Indeed, once you become a professional in ball control, air dribbles, and any other skillful plays, you’ll surely notice the difference within all of the current cars. For the time being, there are popular options in the community (dominus, octane) that may give you fewer troubles when you’re mastering your skill in Rocket League.

In this article, we’ll discuss the importance of the different Rocket League Cars. Furthermore, we’ll check the popular choices if you don’t know which to pick when beginning your journey. Last but not least, we’ll discuss the best car that may give you a better performance within your first hours in the game.

One of the game’s main elements besides the ball and a field is the car in Rocket League. Considering this, you have some slight changes when you pick some of the Vehicle’s Bodies options. With one car in the game, you’re able to do special and powerful skill level tricks that can turn the score on your favor. For example, you have the air dribbles, which requires a lot of practice to perform in the middle of a match.

Basically, you need to calculate the ball’s location in the end and jump as close as possible without hitting the ball too hard. As a result, you’ll have the car and the ball close together, and you need to guide the ball over the opponent’s net. Indeed, a trick like this one is easier said than done, since it requires a lot of air control over your end. Hence, when you’re using your personal best Rocket League car, you’ll have a better knowledge about the speed requirements and the hitbox over the car’s nose.

Furthermore, you have the basic skills which involve hitting the ball correctly and master the art of ball control. At first, you’ll notice that the ball always goes in the direction that your car supposedly hits. Still, though, over some initial gaming sessions, the ball may travel too close/far from the impact and make undesired results. Making it a little too hard to score in the match even without obstacles in between.

Last but not least, reading your location (and the rest of the players in a match) in real-time may take a lot of concentration at first. Especially when you do not know speed boosts and air control as a car leaves the ground and takes its flight. Therefore, sometimes you may crash with your teammates, stopping a play for a possible match advantage. At the same time, you may see your opponents counter-attack too late and leave your net unprotected.

The knowledge of mastering the way your car moves and hits the ball will come, eventually. Therefore, take your time, enjoy your game with friends, and score whenever you get the chance. Undoubtedly, at first, you may find that the Octane is easier to adjust and turn, making it one of the best cars in Rocket League.

Also Read: The Best Rocket League Wheels for your Car

Does it really matter what car you use in game?

To some extent, choosing the best car in the Rocket League actually aids in your overall performance. Indeed, considering a random chassis in the Garage, one of the best Rocket League cars in the game is not that easy. First of all, you need to evaluate the space it takes on the battlefield. With the simple aid of eyesight, you could calculate when a car looks too bulky or thin. Depending on the “mass,” you’ll notice that the hitbox changes, making it harder/easier to hit the ball and calculate special skills.

As a result, if you want to specialize in creating the best defense in your team, you’ll notice that the car may need some requirements to fulfill the role. First of all, the chassis needs to occupy a lot of space in the arena. Hence, you’ll have more chances to block the ball for entering the net, making it harder for your opponents. Most noteworthy, the “best car in Rocket League” shapes a little bit to fulfill this particular role in a match.

Considering this, the Rocket League car that may aid you in going offensive requires different characteristics. This time around, the Rocket League-best car needs to be thin and fast. Hence the opponents may find it hard to hit you and leave you in a bad position. Simultaneously, since the hitbox tends to be smaller, you’ll have more accuracy when you hit the ball in the right direction.

Some of these benefits in a Rocket League car tend to have slight advantages in the role you want to fulfill. As a result, you can still do everything in the game with each option in the Garage. As a result, it all depends on your preferences and how much you like the customization items in a particular chassis. Does it matter? To some extent, it does since it gives you slight advantages. Therefore if you want to go “professional,” you’ll notice that these players tend to use a similar car to win their matches.

Here you have some of the best options for your car in the Rocket League, without any particular order. All of these options may give you some advantages at first, but remember that it all depends on you in the end. Therefore, try these options and see what suits your playstyle.

What’s the best car in Rocket League for beginners?

Since most of the Rocket League cars tend to share the Octane or Dominus hitbox, you practically have the freedom to choose almost everything that the Garage has to offer. Still, though you’re beginning your journey, you should stick to the visuals for accuracy. Hence, you could begin with either the Octane or Dominus. Both of these cars have many potentials, and if everything works accordingly, you could stick with a choice permanently.

Most noteworthy, remember that you start with the Octane when you download the game, and you have the potential to unlock the Dominus as you play the game. Hence, you have the potential, to begin with, either the Octane or the Dominus without the need for special trading or some exchange with Credits. Both of these cars are recommended for any beginners in Rocket League.